Wow!  The excitement at Hatfield never ends!  I just saw a Salmon Shark in the flesh and touched it.  No, it wasn't alive.  I wouldn't touch this big fish if she were alive.  A fisherman caught her by mistake and called Bill Hanshumaker to pick it up.  They are freezing it to save for Shark Week (in November I think he said) and they will do a necropsy on it with the public.  How fun that would be!  Wish I would be around.

So this is a female Salmon Shark, about 6 feet long, weighing 300 pounds, caught here in Newport, Oregon, then brought to Hatfield Marine Science Center by Bill Hanshumaker. 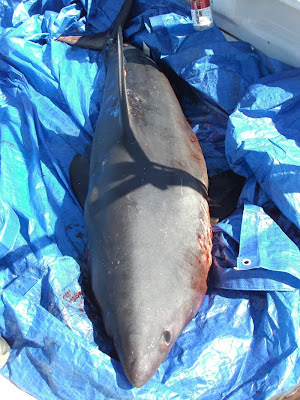 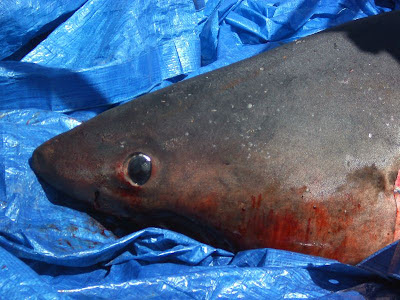 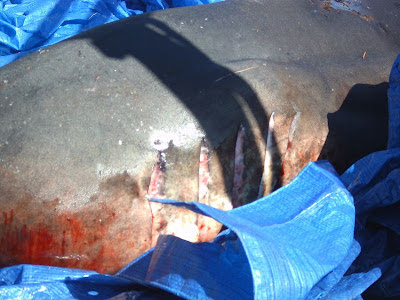 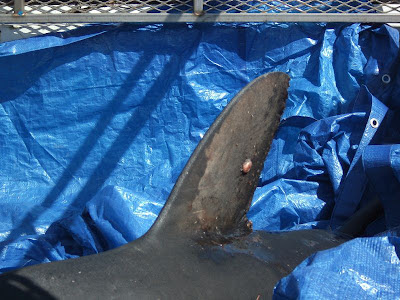 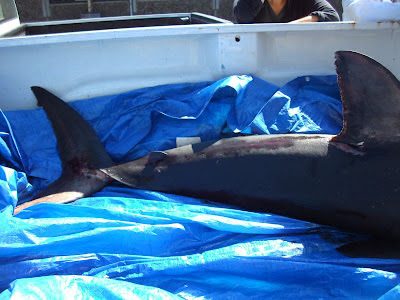 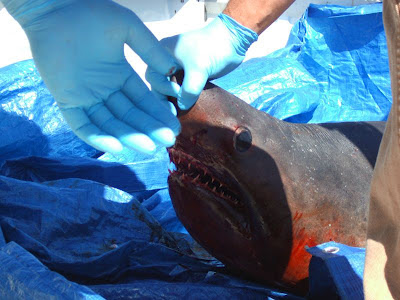 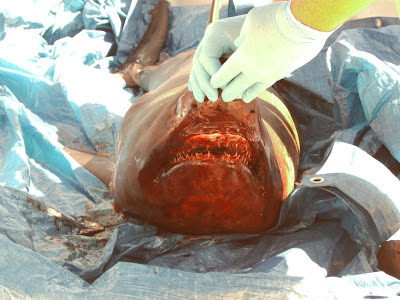 Here you can see little dots on the side of the shark's nose.  These are the ampullae of lorenzini. They use these to detect electrical signals such as muscle movements by prey. 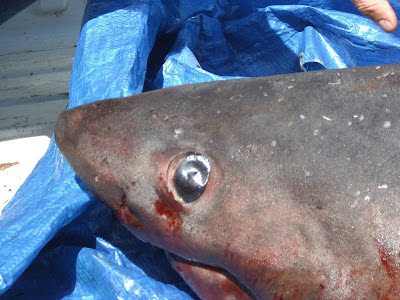 Here's a video of them taking the shark from the truck to put on a cart.  They opted to not use the tarp to pull her off because after it was frozen, the shark would be stuck to the tarp.  My favorite part is Nick's disgusted look at the end after he looks at his bloody hands..haha.


Here are my friends (all the visitor center interns) with the shark.

Thanks so much to Diana for sending out the mass text so we could all come and be a part of this!