This week I did quite a variety of things.  A lot of my time was spent in the library doing background research on climate change for my project.  I have watched many documentaries, read many articles, and gathered photos and videos.  There is a huge wealth of information out there and even after the many hours I spent this week, I have a lot more to go through.  I should stay just as busy next week.

Today I got to work in the visitor center to cover for another intern.  I love being around people and it was especially nice to get out of the library for a while.  I got to lead the estuary walk with 16 visitors.  A bunch of them were from Idaho very close to my home in Utah so it was nice to be able to relate to them in that way.  We talked about the estuary, salt-tolerant plants, and invasive species, dug up ghost shrimp and had a grand old time.

I also got to work with fellow intern Nick to gather data on the new Tsunami wave tank that will be open for the public sometime next week.  We ran a variety of scenarios with the tank, changing wave height, period, and number of waves, to find out which ones made water leave the tank too much so we could set some parameters for what settings the visitors will be able to play with that won't get water on the motors.

And of course, a video of the cool tsunami wave:


When this exhibit opens, the visitors will be able to use the software to change the characteristics of the waves and then let it run to see what happens.  This will be an awesome tool for Free Choice Learning and will really encourage some great trial-and-error experimentation.  As you saw in the pictures and videos, we have legos and lincoln logs for people to build structures on the shore for the tsunami or other waves to interact with.  I can envision a long line of people waiting to play with this, I wonder how the crowd control is going to go.  I know there will be one of the interns stationed at the tanks so that will help with safety and order.  I think this exhibit is going to greatly increase the amount of time visitors spend in the VC.

Something I learned today is that kids are awesome!  There were a lot of teen and pre-teen boys in the estuary group today and they were very curious, asked a lot of great questions, and offered additional information that I didn't know.
Later in the VC while McKenzie was feeding the animals in the eye level tank in front of a group of visitors, a young boy came up and started adding great info about the rock fish because he had read about them.  He stood up there and rattled off a number of facts for a couple minutes while the crowd watched and the boy's parents were beaming with pride.

So, when this boy made one comment about the rock fish, McKenzie was wise to ask him if he had more info about them he wanted to share, so he came up and told us a string of facts.  Beyond learning that kids are awesome, I have learned today to allow them to share what they know.  Doing "interpretive" work doesn't have to mean that whoever is leading it is in charge and is the source of all knowledge.  This is just like teaching.  Rather than my students coming in, sitting down, and partaking of the knowledge I spew at them, I want to have a "community of learners", in which I am one of the learners right along with the students.  Today proved to solidify this desire and belief for me- there is a great deal I can learn from others, no matter their age.  I am merely the one to provide the opportunities and act as facilitator.

The last thing I want to talk about from this week was that I attended a seminar yesterday given by Katie who is a graduate student here working on Free Choice Learning.  She explained to everyone (all the REU interns were there in addition to other folks) about Free Choice Learning and the projects going on including the wave tank and climate change exhibits and how we'll be using those to study how people learn.  The visitor center has cameras all over and we'll be able to observe and collect data on what exhibits visitors go to, how long they spend, what things interest them, etc.  I say "we" but really I'm not sure if I'll get to participate in that, although I think it would be pretty sweet.  I love all the stuff going on here and the people I'm getting to meet and associate with.  I'm so happy to be here!
Posted by Julie Nance at 6/29/2012 08:50:00 PM 1 comment:

I get to collect some information for my project on climate change. 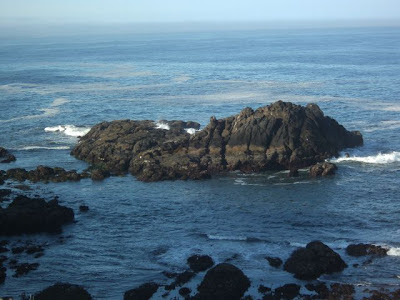 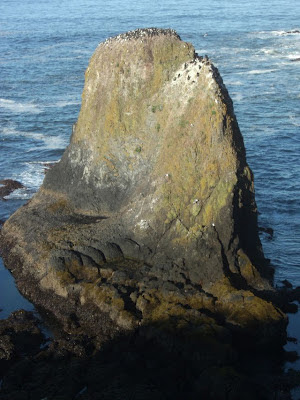 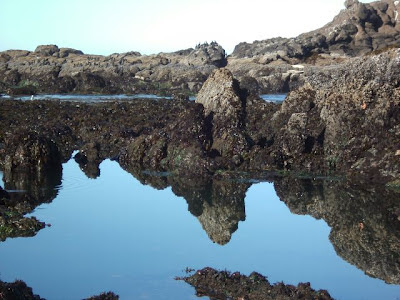 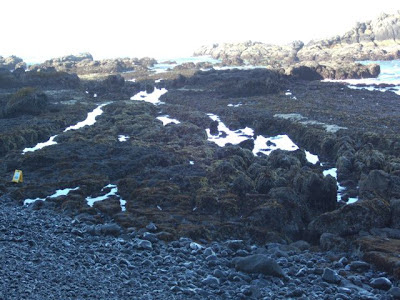 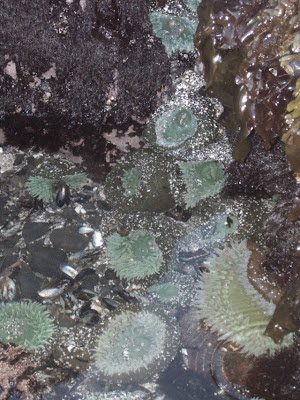 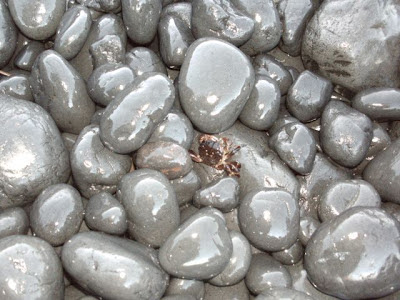 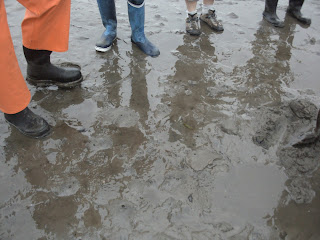 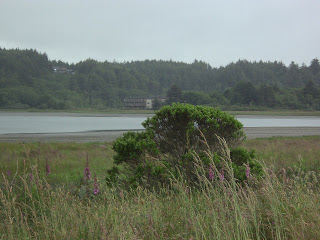 Internship and THE most amazing back yard garden ever

There will be a series of posts this summer dealing with my internship in Oregon.  Some of them may not pertain per se to science but will be more of an update for those who want to see what I'm up to.  Although, because of the nature of my internship the majority of the posts WILL deal with science.  Just not this one...

My former father-in-law has the coolest garden ever.  My kids had a blast exploring it and helping grandpa pick strawberries and peas.  The kids and I ate fresh strawberries and blueberries in our yogurt this morning.  Yum. 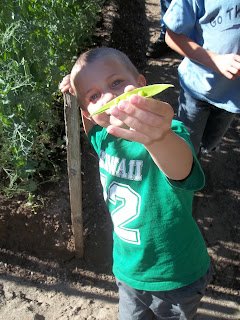 Now, so you can see the scope of this amazing garden.... 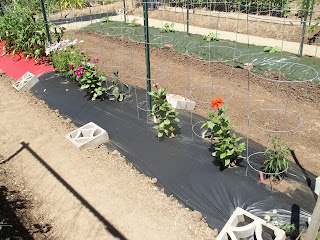 And a couple family pics...