Neuroglia are support cells for the neurons in the nervous system.  They have a very wide variety of functions, and I'm sure it hasn't all been discovered.

Now, here's the interesting thing.  Studies done on (supposedly) Einstein's brain, show that he didn't really have any greater number of neurons, but actually had more neuroglia, particularly astrocytes, which were concentrated in the area of the brain involved in imagery and complex thinking (NPR news article on the subject, June 2010).

My thought is that we don't know which came first - the astrocytes or his genius.  Perhaps using your brain well leads to making more astrocytes in order to support how much you're using certain areas of the brain, rather than the astrocytes coming first and giving natural intellectual ability.

So, on that note, we'll take a look at these cells. :)  Here is a good way to categorize them, from interactive-biology.com.  I'll expound on these more.

And for the visual folks out there, here are a couple of diagrams.

Neuroglia in the Central Nervous System
Oligodendrocytes (a type of macroglia)

Astrocytes (a type of macroglia)

My note on Astrocytes: wow, these look like such an exciting topic right now!  These are the cells that Einstein's brain had more of, and it looks like we are just discovering how integral they really are to the function of neurons! 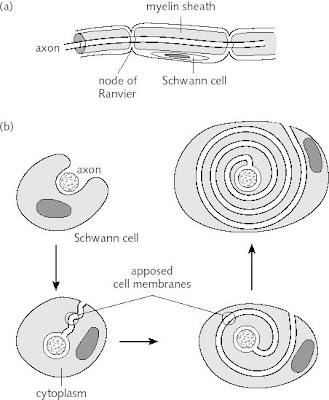 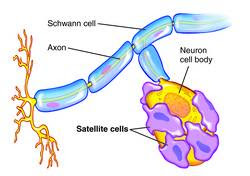