My first entomology post!
I made a jaunt up Provo Canyon yesterday to try to take a hike with my kids.  Someone told me I could find some fossils up above Nunn's Park so my 4-year-old was excited about that.

But we had two complications that prevented the hike and fossil hunting from happening.  1 - no bridge across Provo River (but it's pretty shallow so next time we'll just wear sandals). 2- my boys were freaking out about the Boxelder bugs and we couldn't stay and hike.  Bummer.  The Boxelder bugs were everywhere and it is obviously mating season, they were paired up all over the place. 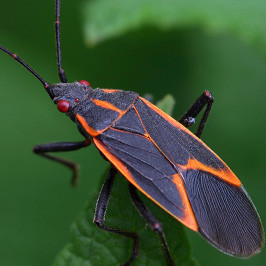 
They get their name from their home - the Boxelder tree.  They eat vegetation and seeds low to the ground in spring and early summer.  They mate shortly after they come out from overwintering, and lay their eggs on female Boxelder trees. (Paraphrased from University of Minnesota Extension website.) 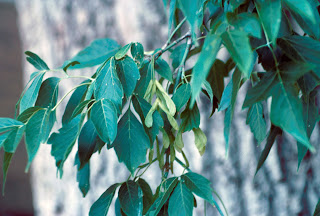 "Eggs are deposited in masses of 10 or 11 eggs usually in bark crevices. Each female deposits about 230 eggs. The eggs hatch in about 2 weeks. Development of the six nymphal stages takes 50 to 70 days. The boxelder bug population increases rapidly from middle July to early September."  Oh my children will just love that news.  (Quote source)


And even better, these bugs have crazy feeding behavior.  They hide out under the Boxelder trees, then when the seeds are developing on the female trees in early summer, the bugs move into the trees to chow down.  Boxelder bugs have also been reported to be cannibalistic, especially when the victim is molting.  They also eat other dead or dying insects.  Yum.  (Paraphrased - NCSU Extension.)
Posted by Julie Nance at 4/01/2012 02:19:00 AM