Meristems
View of a shoot apical meristem with some leaf primordia.  Additionally, I have labelled the 3 primary meristems you can differentiate here. 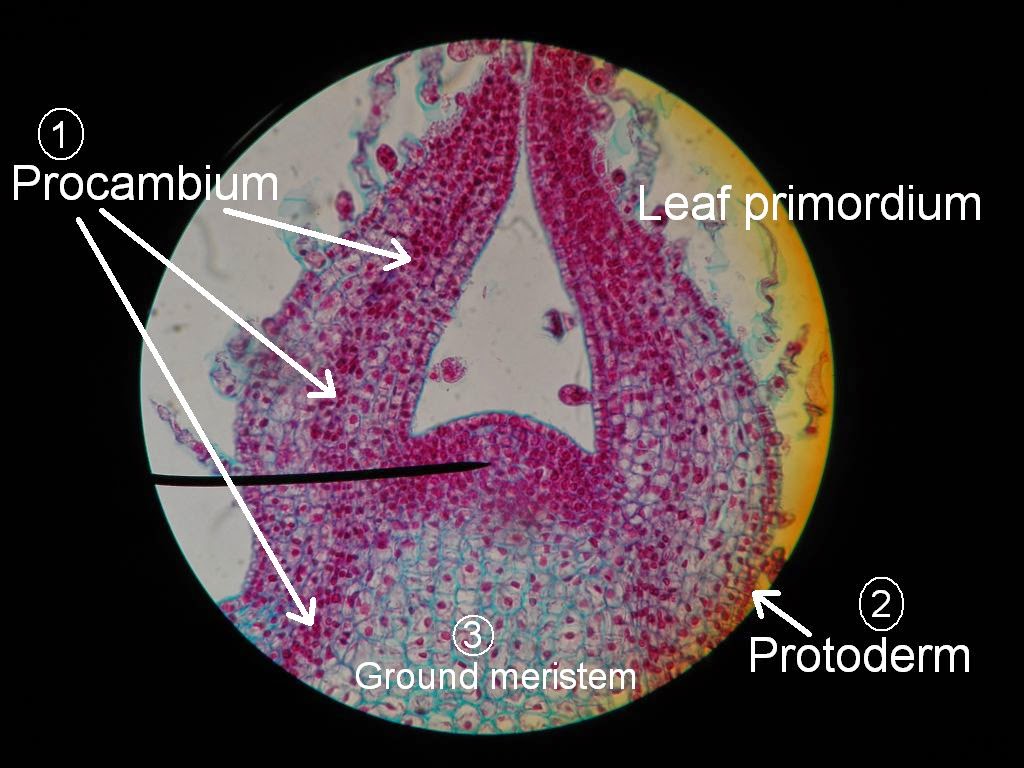 Here's a nicotine leaf to show the two kinds of meristems specific to the leaf.  The leaf apical meristem becomes the midrib of the leaf, while the leaf marginal meristem is the blade of the leaf. 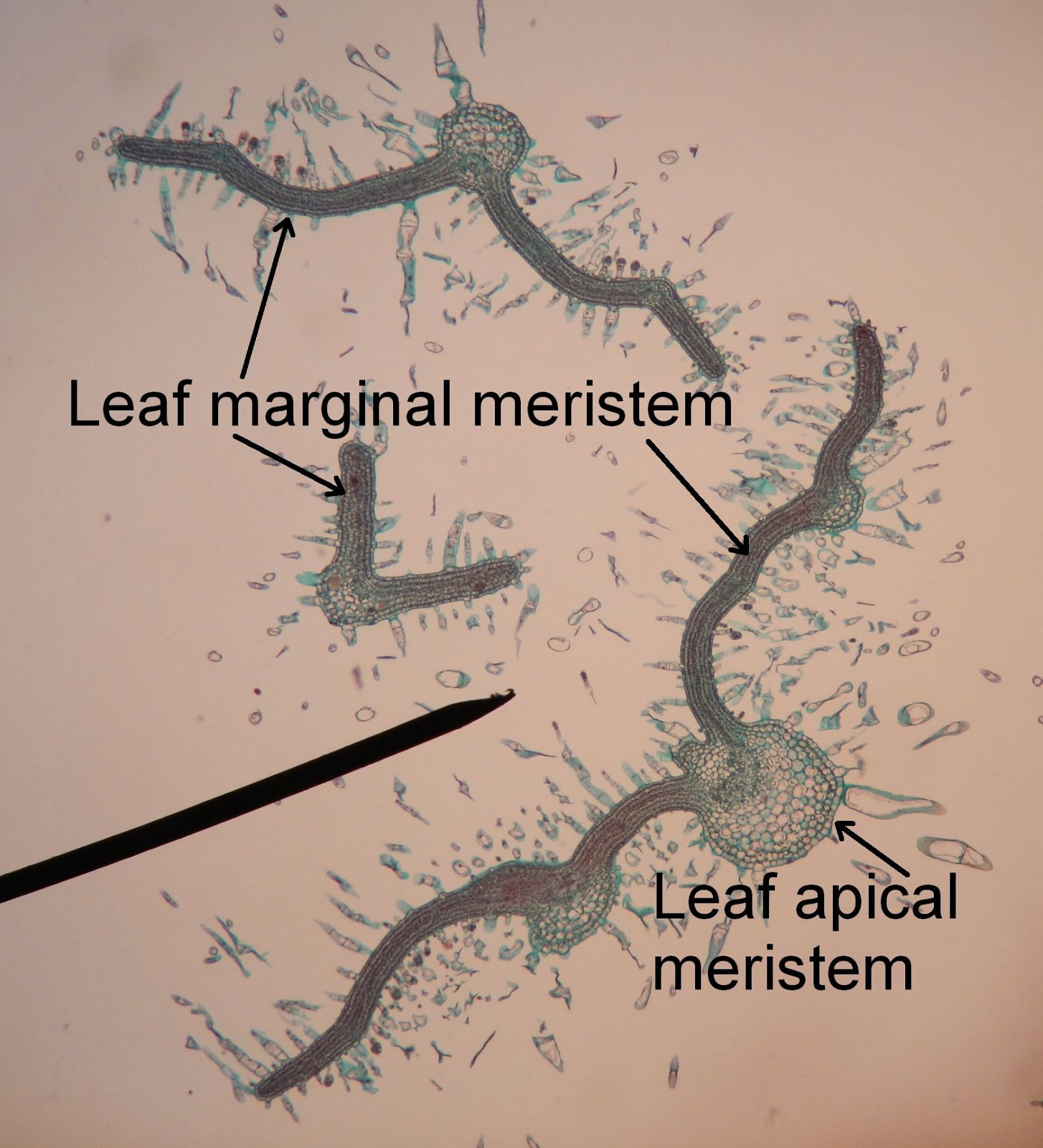 Epidermis
From a Sedum (stone crop)- you can see the "regular" epidermal cells (squiggly shaped) as well as the guard cells in various places surrounding stomata. 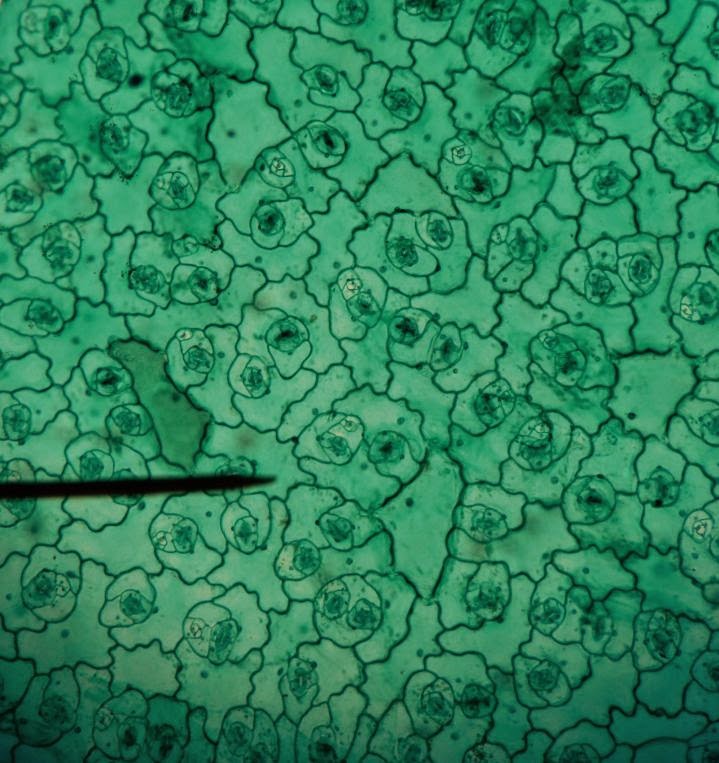 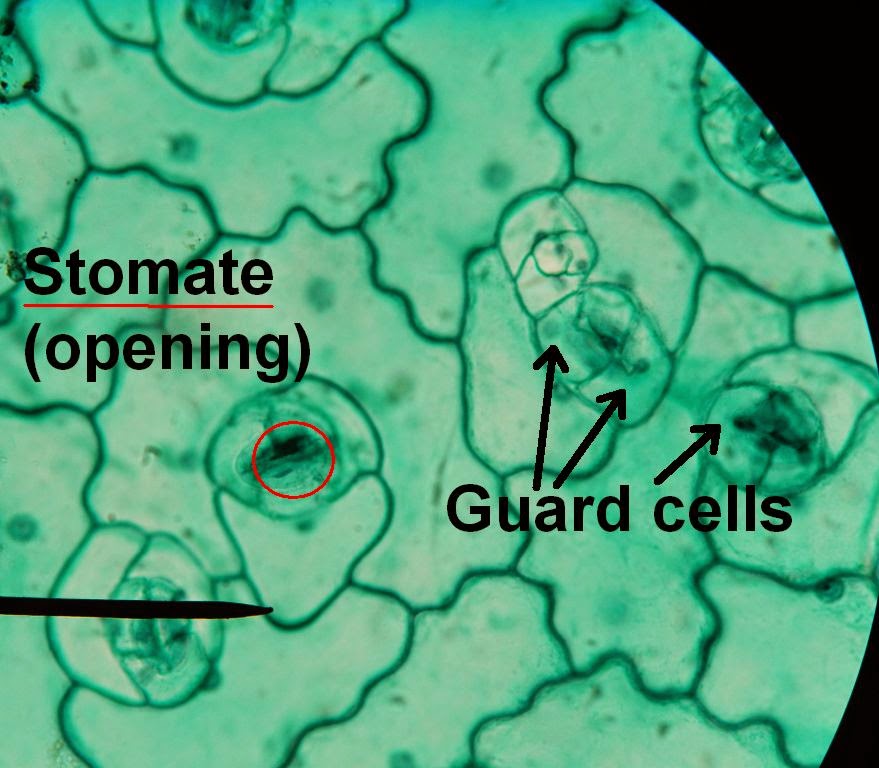 Also here is a sunken stomate as seen in a Pinus leaf.  It is "sunken" because the guard cells are below the level of the epidermis which helps protect against dessication (drying out). 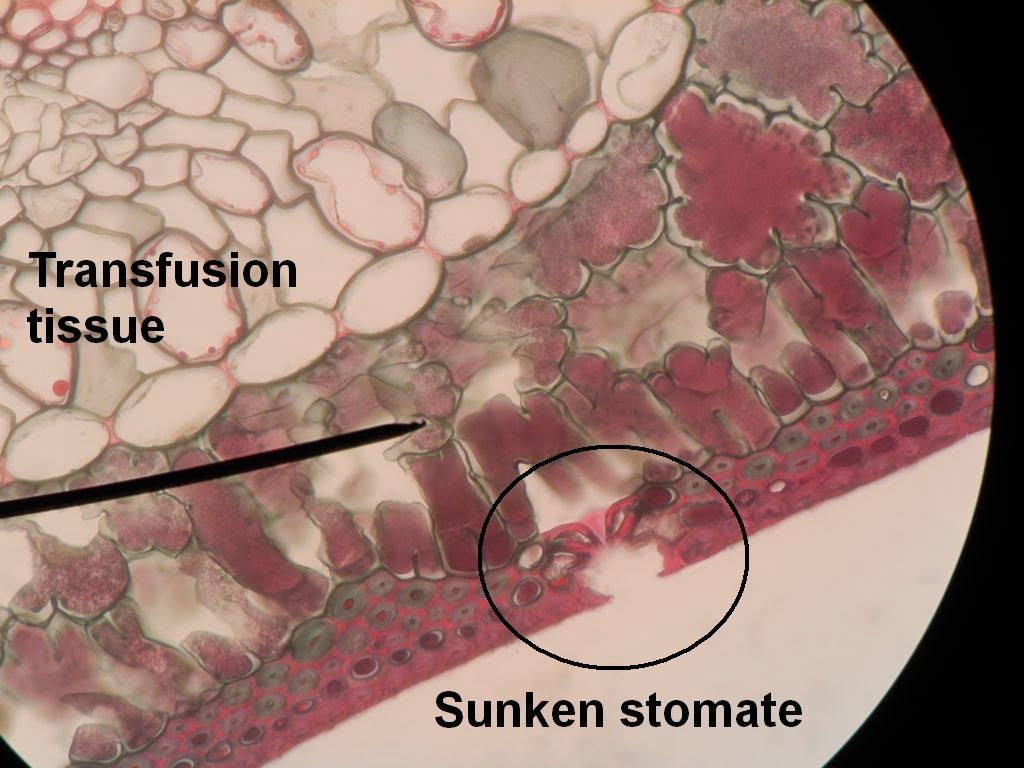 Mesophyll
Mesophyll just means middle of the leaf.  It is the term for the ground tissue in the leaf.  There are two types by shape: palisade and spongy.
You can see both of these well in a pine leaf: 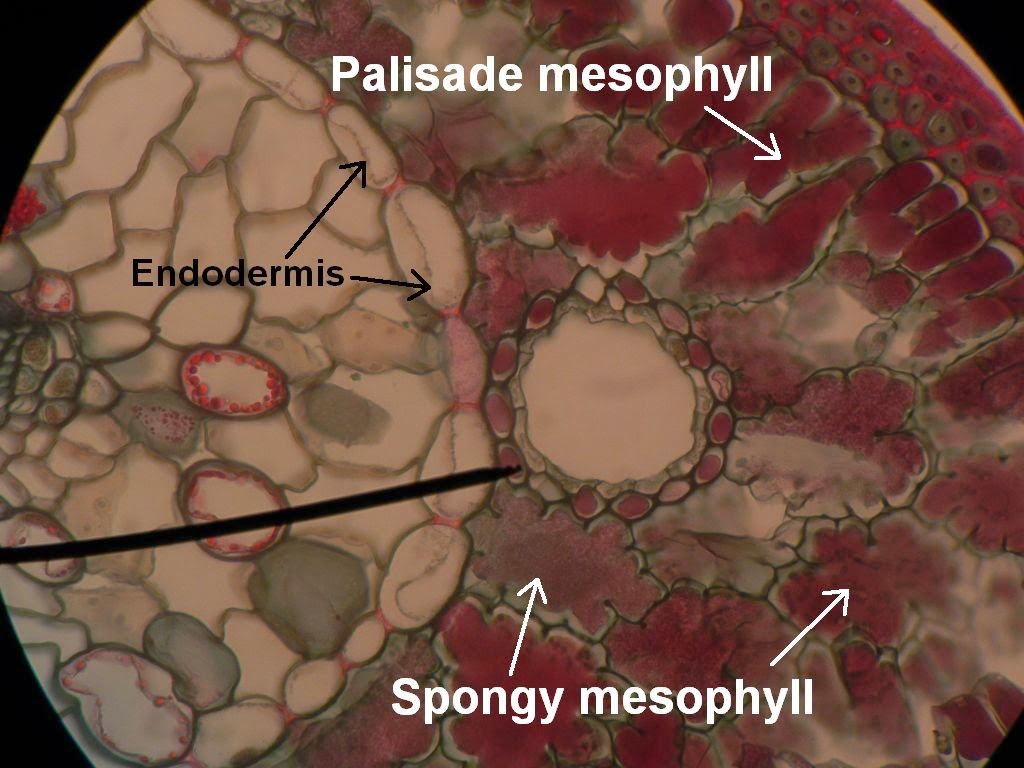 We also term a leaf to be unifacial or bifacial based on the arrangement of the mesophyll.  Bifacial is if there is spongy on one side, and palisade on the other.  Unifacial is either the same type throughout, or it makes a kind of sandwich with the same kinds on either side and something different in the middle.  You can see this type of unifacial in a Dianthus (carnation) leaf: 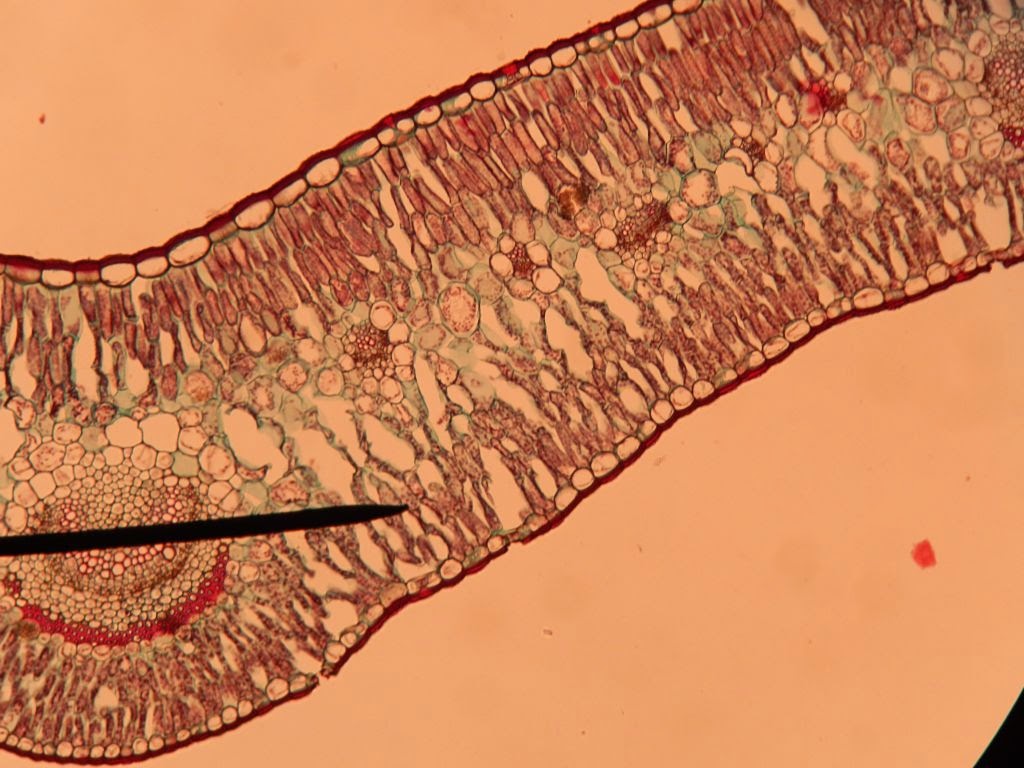 (The red rod-shaped parts are palisade, the lighter stained area in the middle with a lot of spaces is spongy.)

Pine anatomy
Some things we learned specifically with pine needles (I'm not sure if they also apply to some other plants, sorry) are the resin duct with epithelium, hypodermal sclerenchyma, and transfusion tissue.
Some of these are labeled: 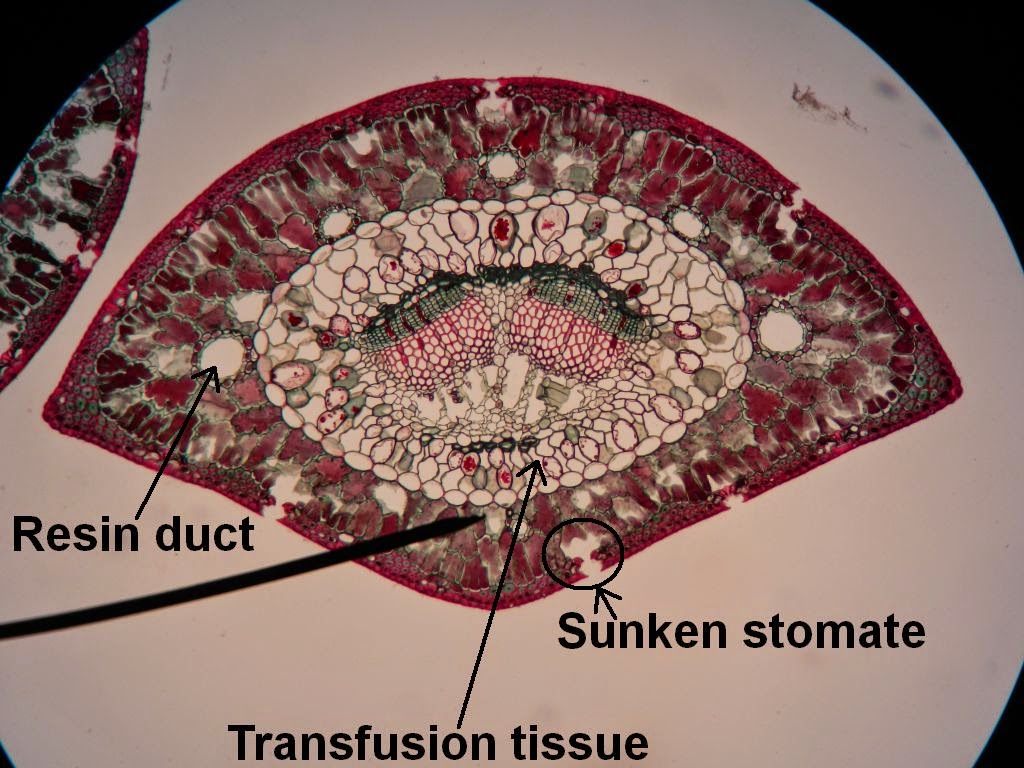 The outermost layer surrounding the resin duct is the epithelium.  Hypodermal sclerenchyma is below ("hypo") the outermost layer of cells or dermis.  These have thick secondary cell walls which add to the strength of a pine needle, as you have probably tested yourself many times when you got poked with one.  In this repeat picture you can see the hypodermal sclerenchyma with the thick red-stained walls, on either side of the sunken stomate. 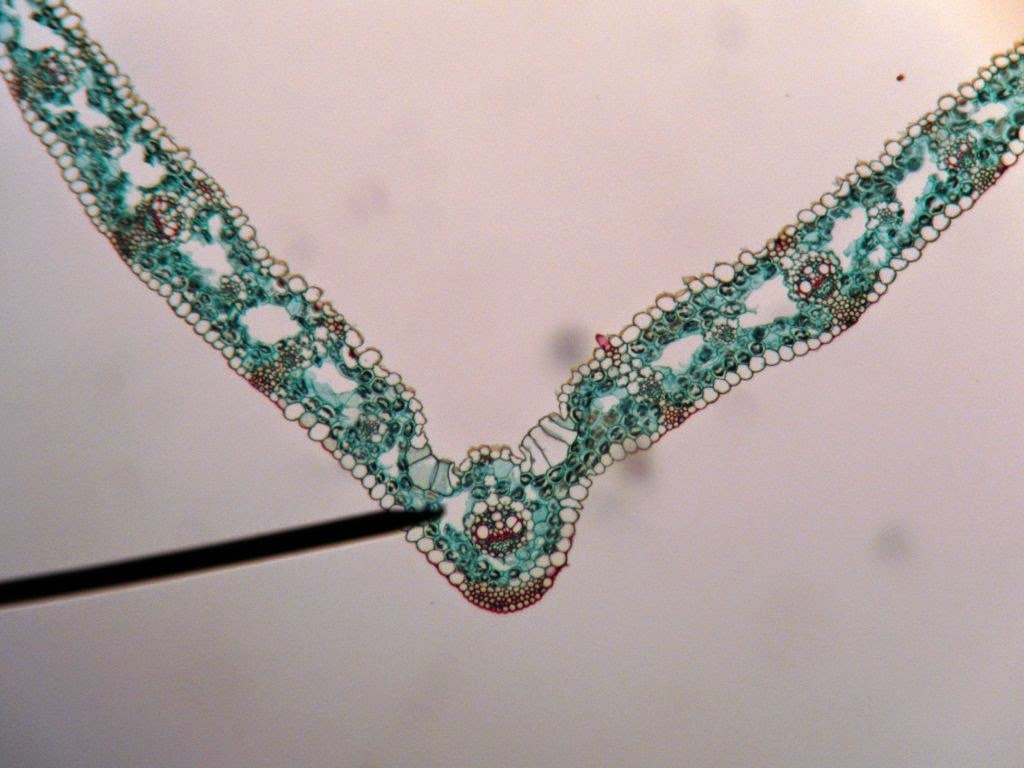 Closer.  Just looks like a blank set of cells surrounding the vascular bundle. 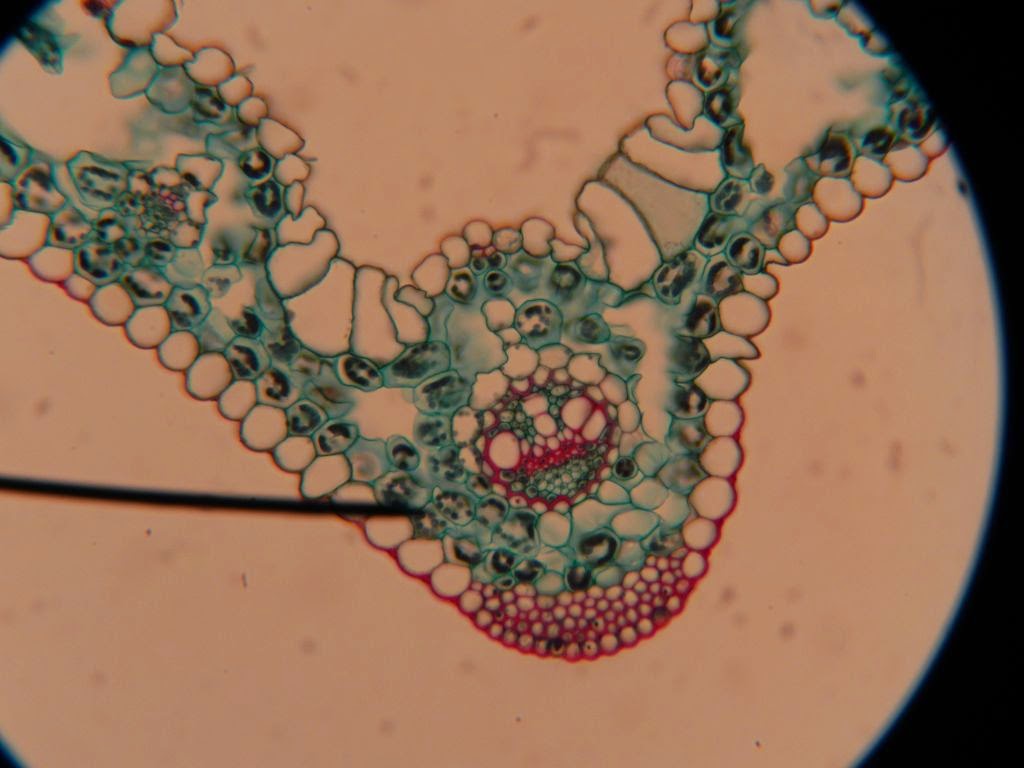 But in a C4 plant, like this Zea corn, the sheaths have what is referred to as "Kranz anatomy".  Kranz is German for wreath, and you can see they are rather leaf-like in the following examples. There are two orientation pictures, then it zooms in one a single bundle sheath so you can see the Kranz anatomy. 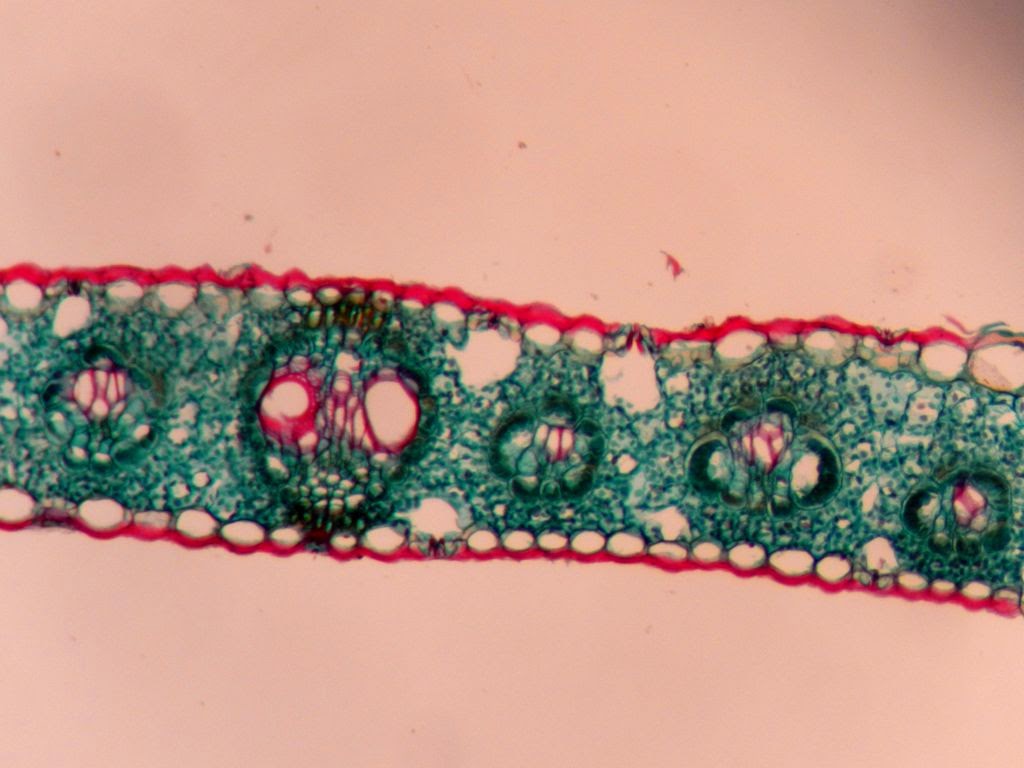 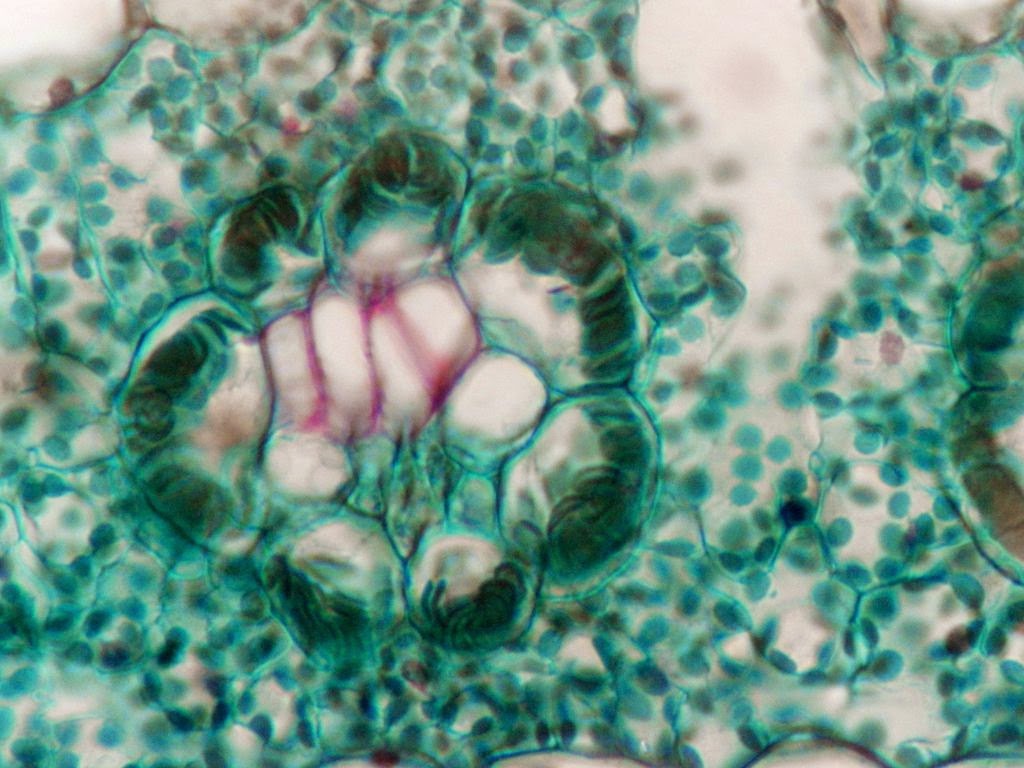 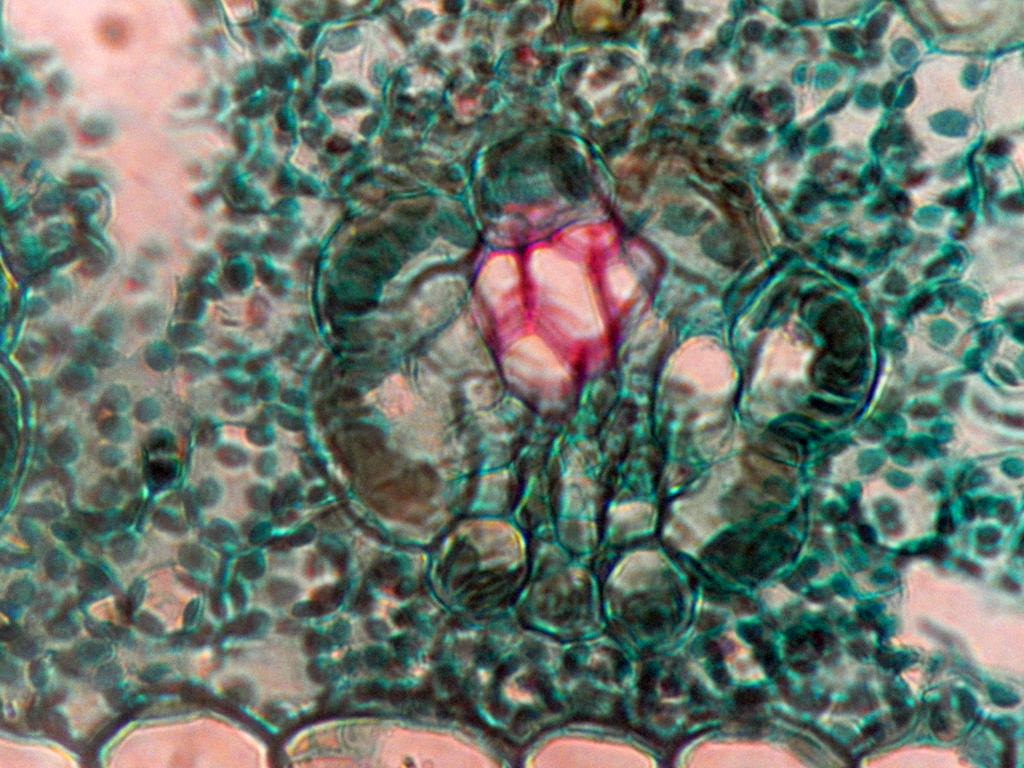 Leaf Abscission Zone
When a plant loses its leaves, it prepares for this by creating an abscission zone so the leaf can easily fall off without damaging any of the other tissue.  Layers of cells secrete suberin (or is it subirin?) for protection (and are called suberized cells), while the next outermost layer of cells is pre-programmed to break easily, as it were.  The weak layer is called the separation layer. 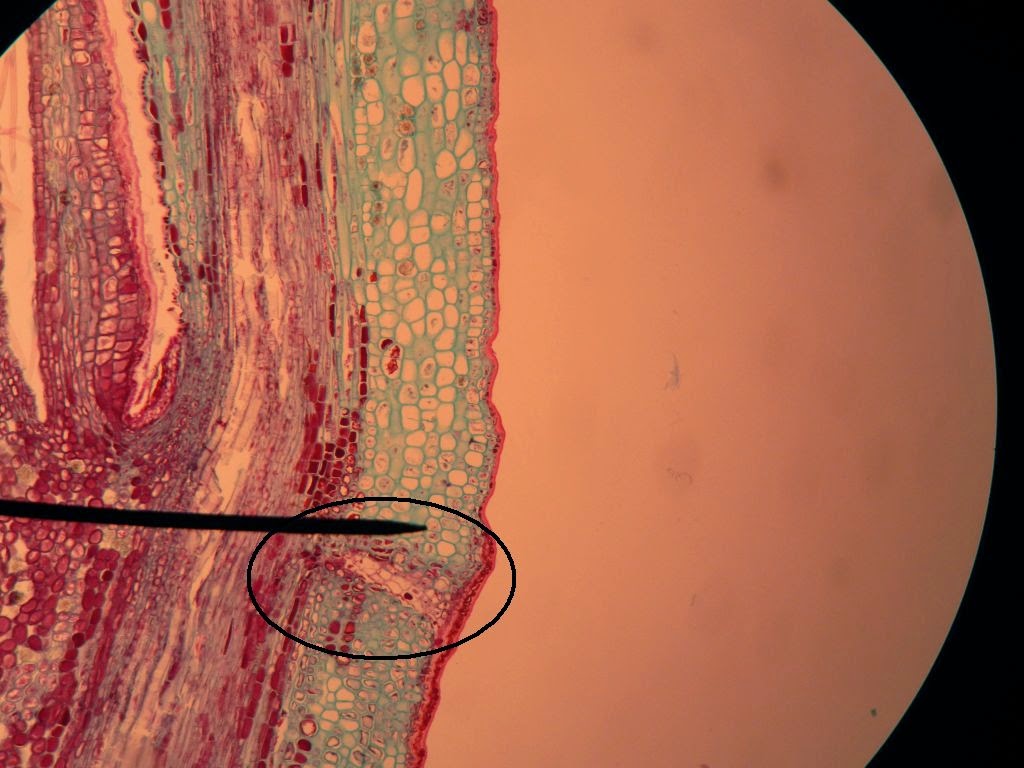 
P.S. There are no picture source references cause I took all these with my camera (through the microscope in Botany lab) and did the labeling myself.
Posted by Julie at 10/02/2014 11:56:00 PM