This was shared on Facebook by Science is Awesome. 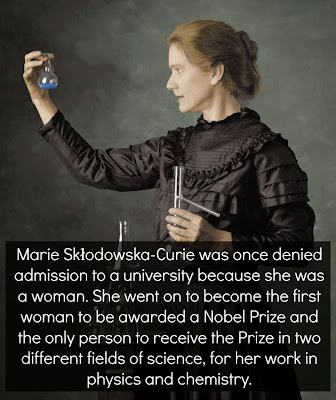 Marie Curie was also denied a seat on the French Academy of Sciences in 1911.  She responded to this by diving into her work and earning her second Nobel Prize a year later for her work with radioactivity.  (There is a measurement of the effects of radiation named after her, the Curie, abbreviated Ci.)  Go to this source for a full article about this story.

Here's a real photograph of her. You can read a short biography on the Nobel Prize website